It was early yesterday morning when the operator received alarm signals from a manufacturing company in Everett. She contacted police and the emergency contacts. The operator received another activation and could see an older male with a dark t-shirt and overalls on. She updated police with the suspect description. The contact called back to say they had one suspect in custody, he was caught offsite. The suspect tried to steal a generator, tools and other supplies. He also tore the motion viewer from its spot to avoid detection. 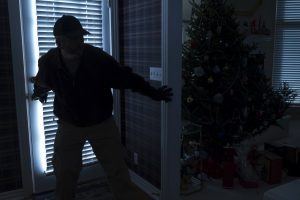